What is the SSWN ?

The SSWN (Subbuteo Solo-Players World Net) is a free association between Subbuteo enthusiasts that aims to spread and promote this game worldwide, without limitations.

What are the purposes of the SSWN ?

There are those who play alone, just to keep in training, and who instead with Subbuteo invent entire championships with more or less adherent formulas to the reality of the real game of football. The SSWN was born with one intention to make it more enjoyable and stimulating the game alone but without excluding games between two or more players in its innovative formula of competition referred to as the Golden SSWN League which everyone can participate quietly from their home and compare themselves with enthusiasts from all over the world.

How can I join the SSWN ?

The card is received free of charge for a name with each purchase performed on the SUBBUTEOAZ.COM website
or on EBAY affiliates subsites with extension: _dako
It can also be requested by mail to: SSWN@mail.com
at a cost of 10 euros, shipping included.
The card does not expire and gives the right to participate in all editions of the Golden SSWN League. 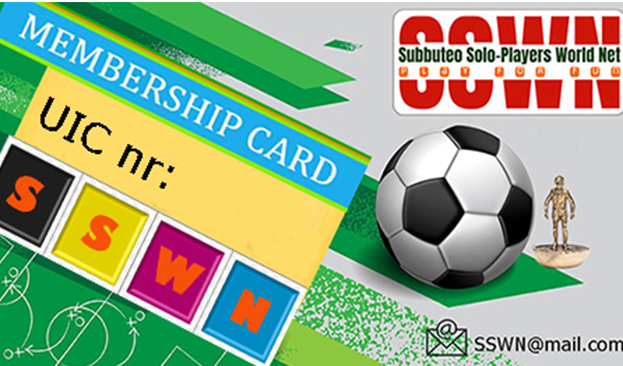 What is the Golden SSWN League ? 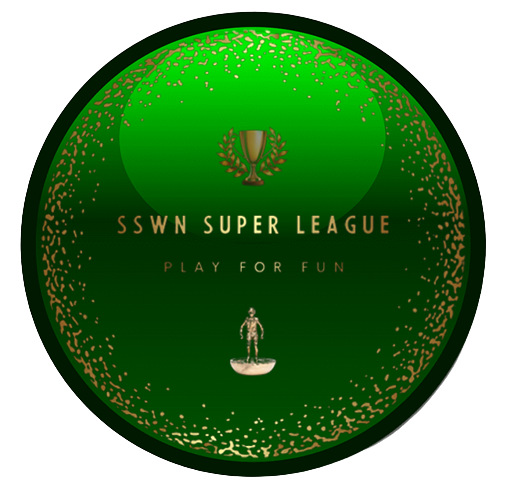 Who can participate in the Golden SSWN League ?

All license holders in possession of a UIC who love Subbuteo and play it as a game for pure enjoyment.

How can I book a Golden SSWN League match ?

Each player can book one race per day, one at a time from the time of publication of the calendar on the official website choosing it among all those indicated as available.

What should I do after playing a Golden SSWN League match ?

Each player must communicate via email to the organization the outcome of the match played, by midnight of the same day, indicating the final score and optionally adding a short story with a marking sequence and any photos of the event.                     In case of failure or late communication the defaulting player will receive a yellow card and as in real football, on the second offense will be expelled from the current competition.

Does the Golden SSWN League have prizes up for grabs ?

For any other questions, please email : SSWN@mail.com